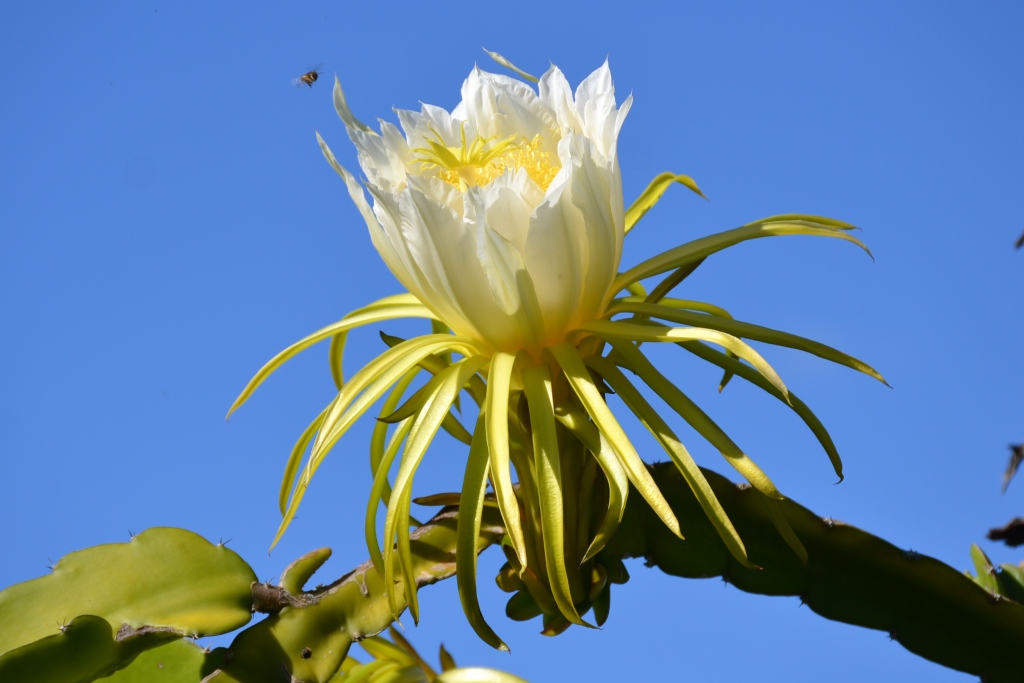 I recently attended the opening of the revamped Sir Percy FitzPatrick Lookout in Sunland hosted by Addo Tourism and was amazed by the beautiful flowers blooming all around it. I knew it wasn’t indigenous but had no idea what it was, so I just took loads of photos of it anyway.

A little research with the help of Google Lense later and I now know that this is the Moonlight Cactus, (Selenicereus grandiflorus), also called Moon Cactus. It is a genus of about 25 species of fast-growing perennial cacti (Selenicereus genus), native to tropical and subtropical America. They are widely grown in suitable climates in Central and South America and have escaped from cultivation

The most commonly cultivated is Selenicereus undatus, known as dragon fruit, grown for its edible fruits.

The Moonlight Cactus is known for its large, usually fragrant, night-blooming white flowers, which are among the largest in the cactus family. The flowers often last only a single night and are usually pollinated by moths. The large fleshy fruits are spiny and red at maturity. Some species clamber along the ground; others cling with aerial roots to trees and other objects as epiphytes. The stems are ribbed, angled, or flattened and typically have short spines.

So there you have it. It actually wasn’t that difficult to find the info and I suddenly felt very privileged and lucky to have been there first thing the morning and to see the flowers in full bloom.

The grave of Ouma Dora Jacobs in Somerset East

The oldest cake in South Africa