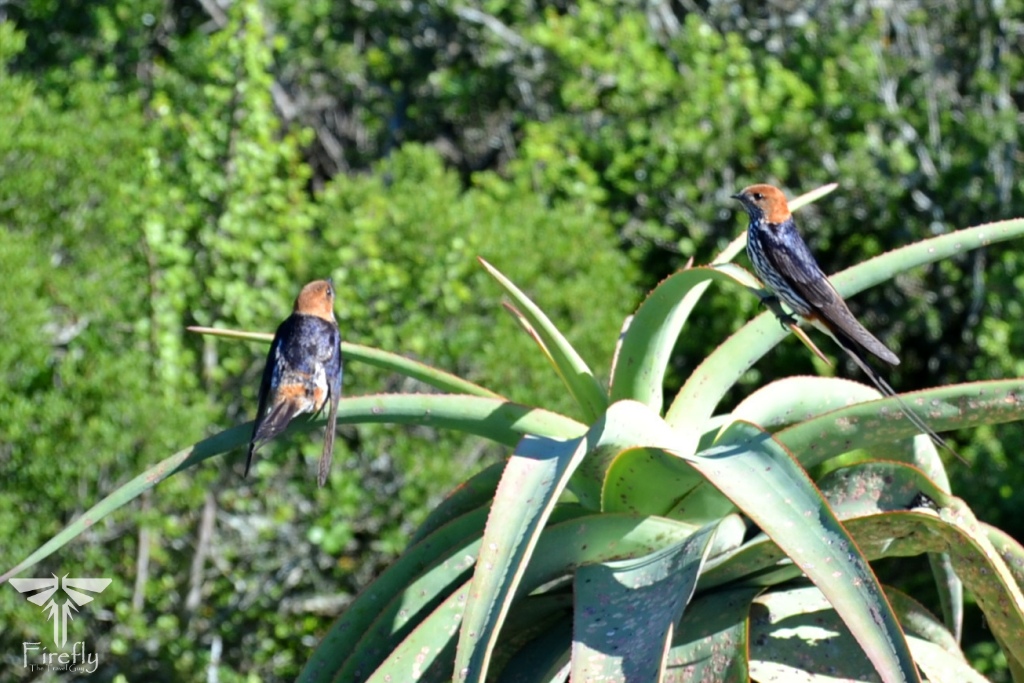 I visited the Sundays River Valley in early April and while enjoying the view from the Sir Percy Fitzpatrick Lookout noticed a couple of swallows on an aloe. It looked like they were having a conversation and I imagined it to be about their upcoming trip north. I’m no bird expert so as soon as I got home I had a quick look in my bird book to see what they were, and they turned out to be lesser striped swallows.

The lesser striped swallow (Cecropis abyssinica) is between 10 and 15 cm in size and breeds in Sub-Saharan Africa from Sierra Leone and southern Sudan south into eastern South Africa. They are partially migratory with South African birds wintering further north. That’s probably what their conversation was about. The bird has dark blue upper parts with a red rump and a rufous-chestnut crown, nape and sides of the head. The underparts are white with dark streaking, and the upper wings and underwing flight feathers are blackish-brown. The blackish tail has very long outer feathers and are slightly longer in the male than the female. These guys feed mainly on flying insects but have been known to eat small fruits. The flight is erratic, and the call is a nasal zeh zeh zeh zeh zeh.

Buffing at the local waterhole