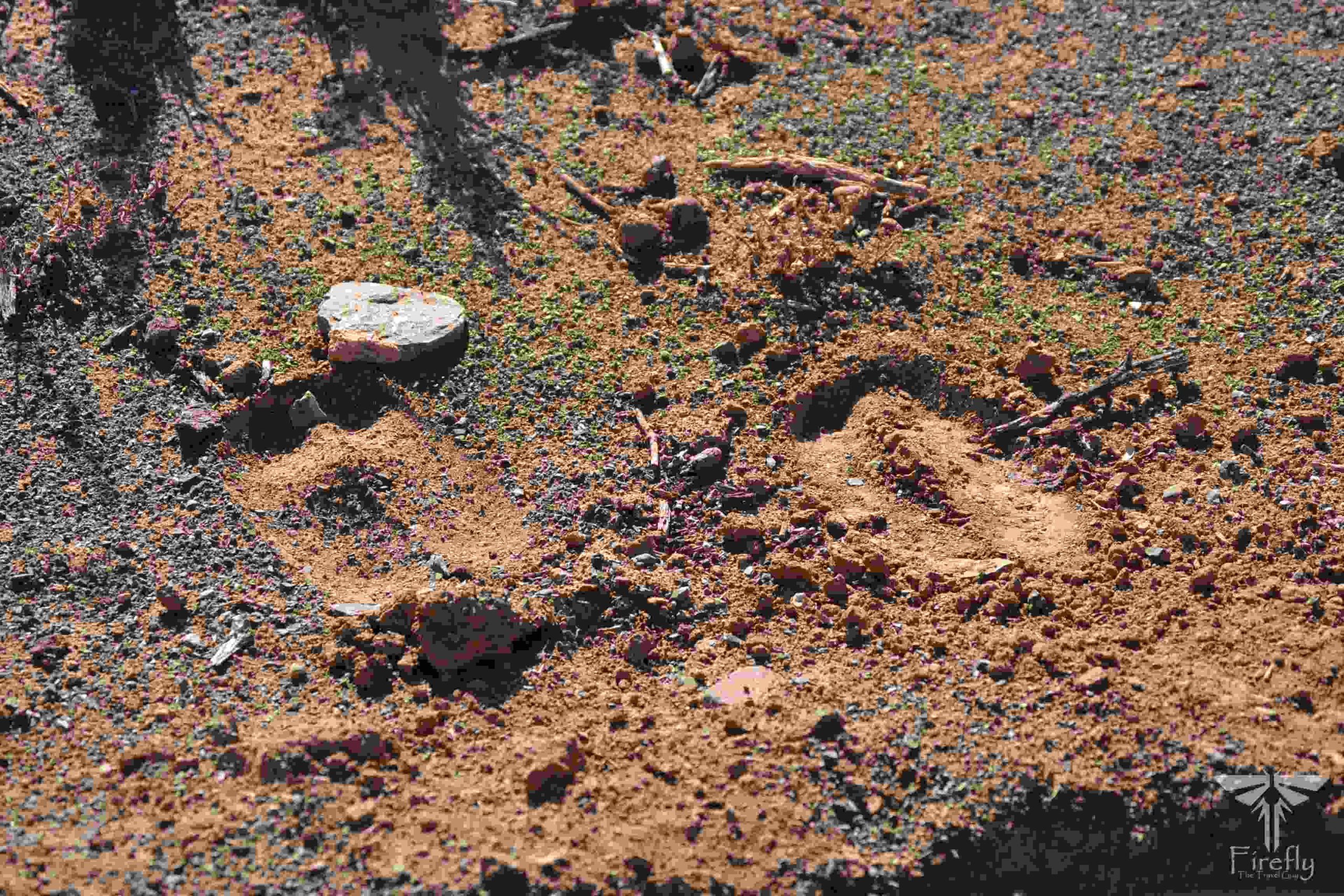 While on a game drive at Samara Private Game Reserve near Graaff-Reinet in the Eastern Cape I spotted a set of tracks next to the road. Too big for an antelope and definitely not a horse or a cow as it’s inside a game reserve. Possibly a buffalo? Hoofprint from a giraffe was the answer from our game ranger.

A hoof is the foot of certain animals known as ungulates. These animals walk on their toes which have a hard cover made out of the same material as fingernails called keratin. Most even-toed ungulates such as sheep, goats, deer, cattle, bison and pigs have two main hooves on each foot, together called a cloven hoof. Most of these cloven-hooved animals also have two smaller hooves called dewclaws a little further up the leg. Some cloven-hooved animals like the giraffe have no dewclaws.

Hooves perform many functions, including supporting the weight of the animal, dissipating the energy impact as the hooves strike the ground or surface, protecting the tissues and bone within the hoof capsule, and providing traction for the animal.  A giraffe’s feet are the size of a dinner plate with a diameter of 30cm. These huge hooves prevent giraffes from sinking into loose sand despite their great weight.