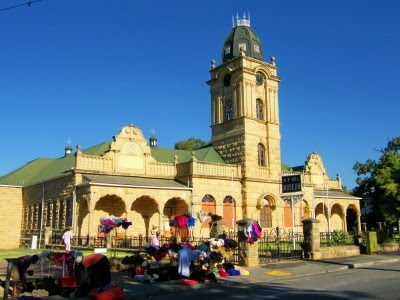 I have said so before I will say so again. I love small town museums. They are never pretencions and tells it as it is. If you want to know more about a town and its history, just look for it’s museum and go and loose yourself in it. The CP Nel Museum in Oudtshoorn is one of these where one can go and be transported back in time.

This beautiful sand stone building was opened in 1907 as the Boys High School. The building reflects a late Victorian Colonial style of a classical building. The tower is 30 meters high and is decorated with Corinthian ornaments. The oxtangoual “koepel” (dome) is rounded off with a wrought iron crown while on both sides of the central clock tower the facade is symmetrically designed. Both sides end with verandas bolstered by sandstone pillars in the Tuscany building style. 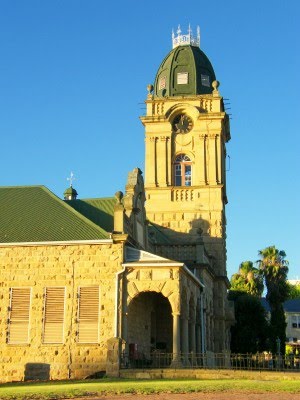 CP Nel Museum is named after Charles Paul Nel. He was military man, businessman and collector of antiques. His collection was so valuable that it had received full recognition from the Historical Monument Commission in 1938. In 1963 when both Oudtshoorn boys’ and girls’ schools amalgamated, the school building was in such a state it was nearly demolished. But thanks to intervention by former old boys, the building was saved and CP Nel’s collection, by then under the administration of a Board of Trustees, was moved there in 1972. 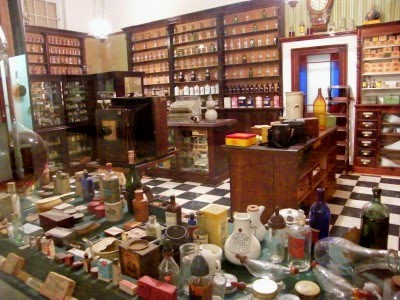 The museum has a number of excellent exhibits. One of its best know exhibits is a fully kitted chemist as it would have looked like at the end of the 19th century. 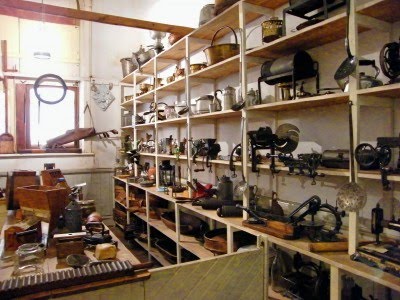 Another room is a fully stocked General Sales Store from about 1911 with everything it would have been selling.
In addition to a number of other exhibits, another one that stands out is the only Synagogue to be situated in a museum. What makes the Synagogue so amazing is the fact that it’s still being used on occasion.
Source – CP Nel Museum
.
GPS: 33°35’32.01″S, 22°12’8.05″E
Tags: museums, Oudtshoorn, Western Cape

Looking up at Fort Frederick