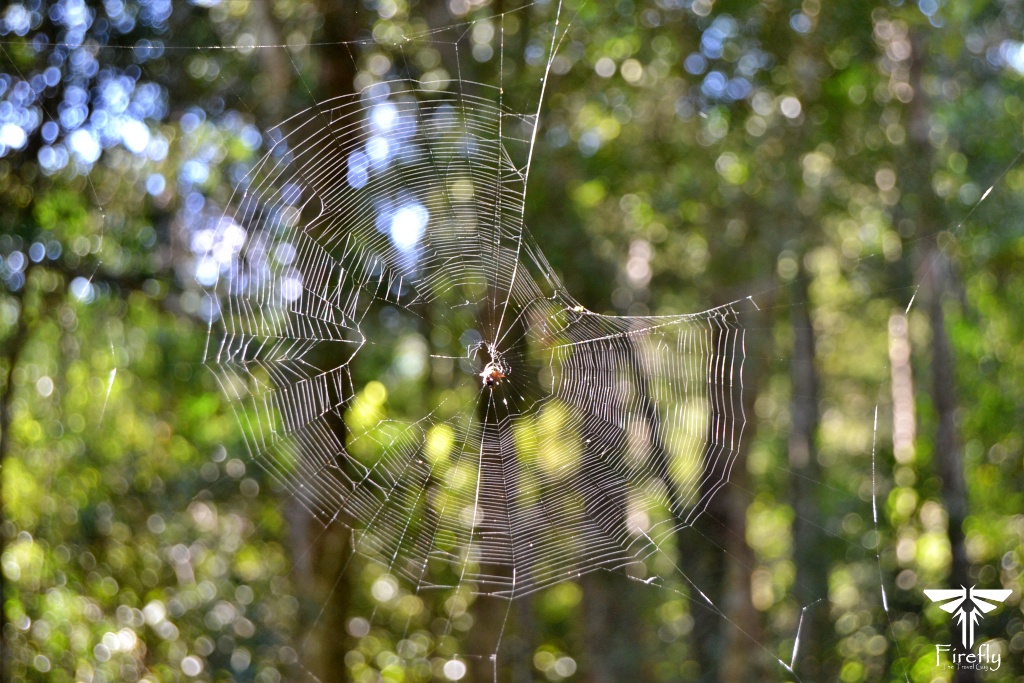 An early morning walk on a trail through the bush or forest often leads to the person in front doing strange dancing moves swinging their arms and ducking their heads. It’s not due to music playing but rather them walking into a spiderweb spun overnight. Not always the most pleasant feeling, especially if you don’t know what or where the actual spider is.

A walk along the old Storms River Pass in the Tsitsikamma had me spot a spider’s web next to the road and ya’ll know me. I needed to have a closer look and got my camera at the ready. I tried some different angles, climbed under the web a couple of times and eventually got a nice shot of the web.

Now for a closer look. Got nice and close to see that it was a Kite Spider. Gasteracanth is a genus of orb-weaver spiders first named by Carl Jakob Sundevall in 1833. The females of most species are brightly colored with six prominent spines on their broad, hardened, shell-like abdomens. The name Gasteracantha is derived from the Greek gaster meaning “belly or abdomen”, and akantha meaning “thorn or spine”. They are also called thorn spider, star spider or kite spider, which is what I know them as. This one, in particular, had caught a fly that she had in a grasp.