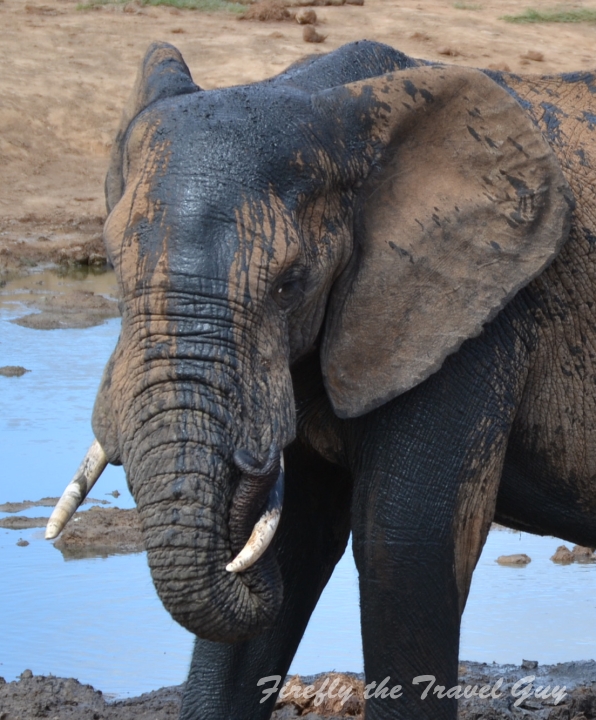 Ellies love to cover themselves in water and mud. You will often see that they arrive at the waterholes in Addo, have a drink and and then start to spray water over their backs or roll around in the water and mud. I have to correct myself though. They don’t literally spray themselves, but rather throw the water from their trunks with a swinging motion.

Why do they do it though? The elephant’s skin may look think and rough, but it is quite sensitive in fact. They have very few hair and sweat glands and find it hard to cool off in the harsh African temperatures. The mud not only cools them down, but it also provides a protective layer on their body to shield them from insect bites and sunburn.

Something else you often see is that an elephant would stand around lifting one leg slightly while putting their weight on the other three legs. I read somewhere that it is to relax their legs one at a time as they always stand and don’t really lie down.

I have also read that they don’t just hear airborne sounds over distances by holding their ears out, but that they listen to the ground. They pick up low-frequency rumbles caused by other animals up to 20 miles away via their feet. They put their weight on the front feet and sometimes lift one foot off the ground “to hear better”.

Chokka Boats and the source of calamari