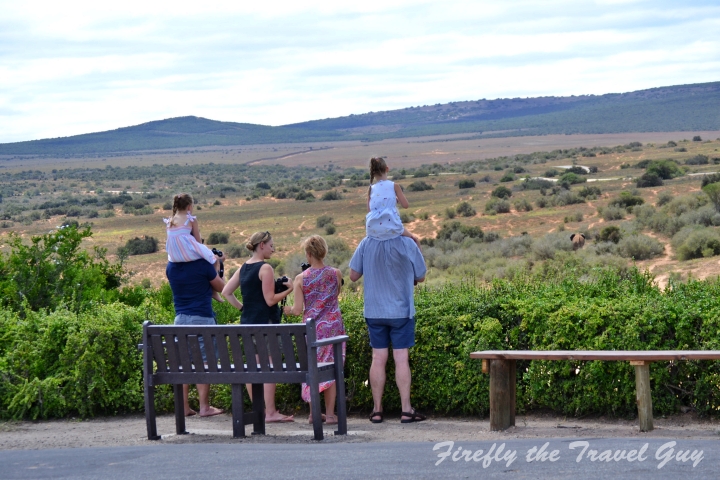 One of the spots you can get out of your car in Addo Elephant National Park is Domkrag Dam. It was named after a mountain tortoise called Domkrag that used to walk under cars and looked like he was trying to lift them up. Domkrag is the Afrikaans word for jack, as in a jack to lift a car. Other places you are allowed to get out of your car includes Zuurkop, the Spekboom enclosure, Jack’s picnic spot, Algoa Bay lookout and the Ndlovu lookout. At each of these you get out of you car at your own risk and need to stay alert at all times.