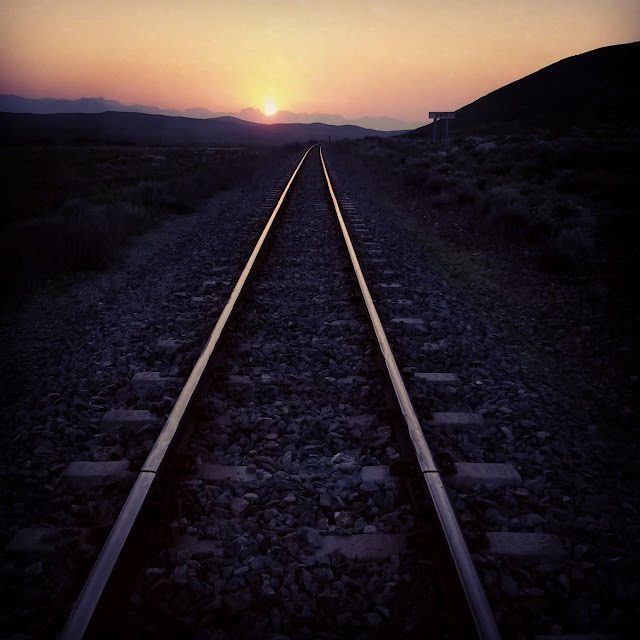 Picture this.  The R60 between Robertson and Worcester in the Western Cape.  Kinda in the middle of nowhere.  Nothing in sight other than the remains of an old railway station  Two guys park next to the road and dash across, climb through an old fence, hop over the railway line and run of into the bushes and fynbos.  Moments later they emerge and start walking back to the car.  What do you make of this?  For most regular folk it would probably be a very suspicious sight.  Confusing at least.  Not if you were a Geocacher though.  This was exactly what happened on the way to Cape Town recently.  Our last cache for the day before the last stretch to the Mother City had us do exactly that.  On the way back to the car the sun started to set behind the mountains on the horizon and I whipped out my phone to snap this picture.  My favorite pic from the trip.
Tags: Instagram, railway, Robertson Valley, sunrise / sunsets, Western Cape