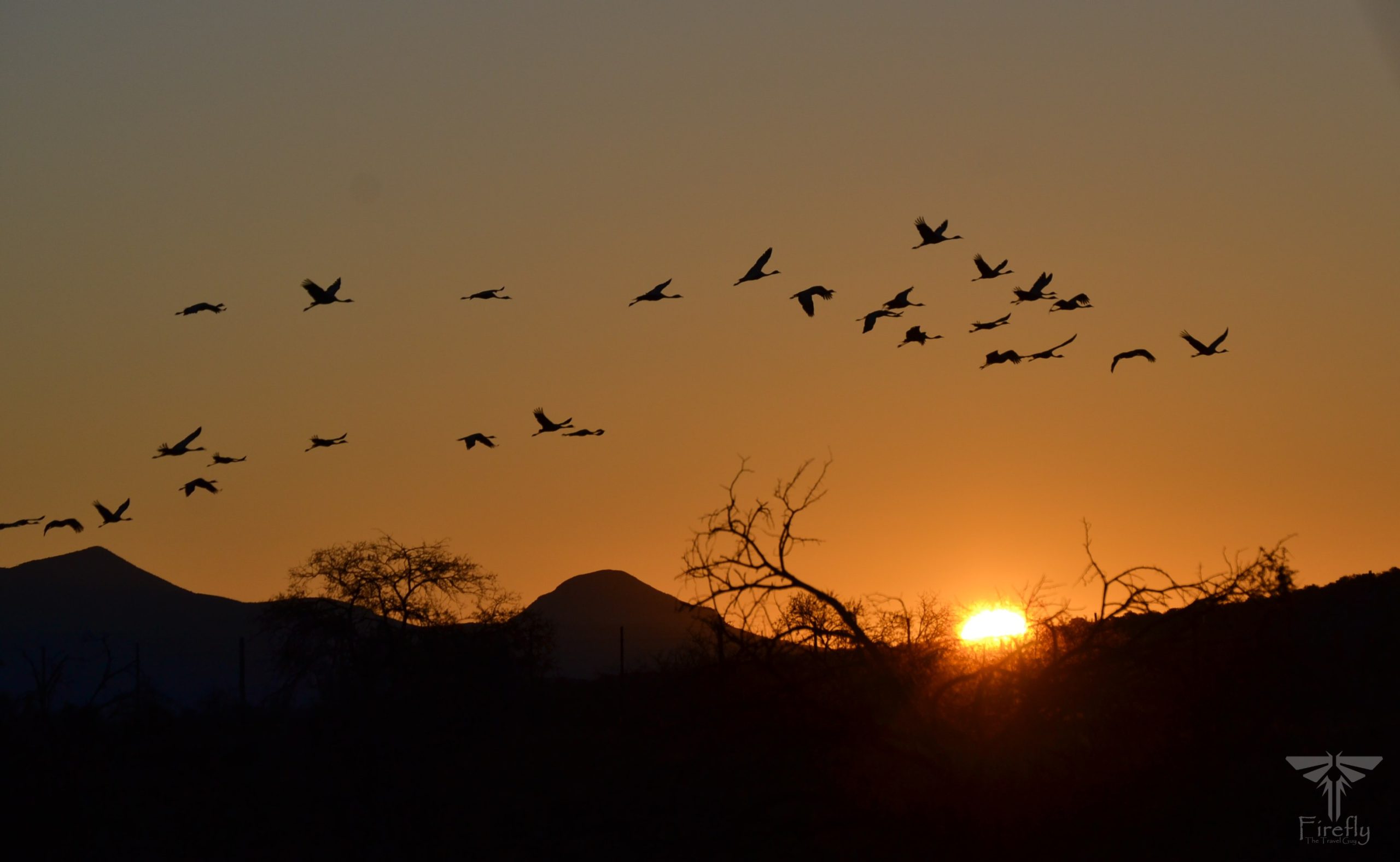 As the sun was setting in the west after an amazing game drive at Samara Private Game Reserve near Graaff-Reinet, we stood with gin and tonics in hand enjoying the end of another stunning late winter Karoo Heartland day. Suddenly we heard a noise over a nearby rise. The ‘krraaarrr krraaarr’ call of blue cranes. Not one or two, but a flock of at least 60 or 70 coming in to overnight at the nearby waterhole. They first did us a favour by doing the sunset flyby though and I could not help but to get that money shot of the day.

Listen to the call of the Blue Crane

The Blue Crane (Anthropoides paradiseus) is South Africa’s national bird and endemic to Southern Africa. They are classified as vulnerable and their decline is attributed mostly to loss of habitat and poisoning, both deliberate and accidental. The pale-grey Blue Crane Blue Cranes stand just over a meter (110 – 120cm) in height and weigh about 4.5 – 5kg. Their wingspan is up to 2 meters which makes them very impressive to see when they fly.

Blue Cranes are monogamous and breeding pairs nest alone, laying two eggs once a year. At the end of summer, the pairs and their young form groups that then merge into form flocks. These winter flocks often number from about 50 birds up to 300 birds. They feed together and roost in these groups at night in shallow dams and ponds. And this is where we were sitting enjoying our sundowner drinks, so they circled a few times waiting for us to move on before they could come and sleep. In a month or so the flock will break up in early October and the pairs will go off to their nesting grounds for the breeding season. What a privilege to see these magnificent birds.