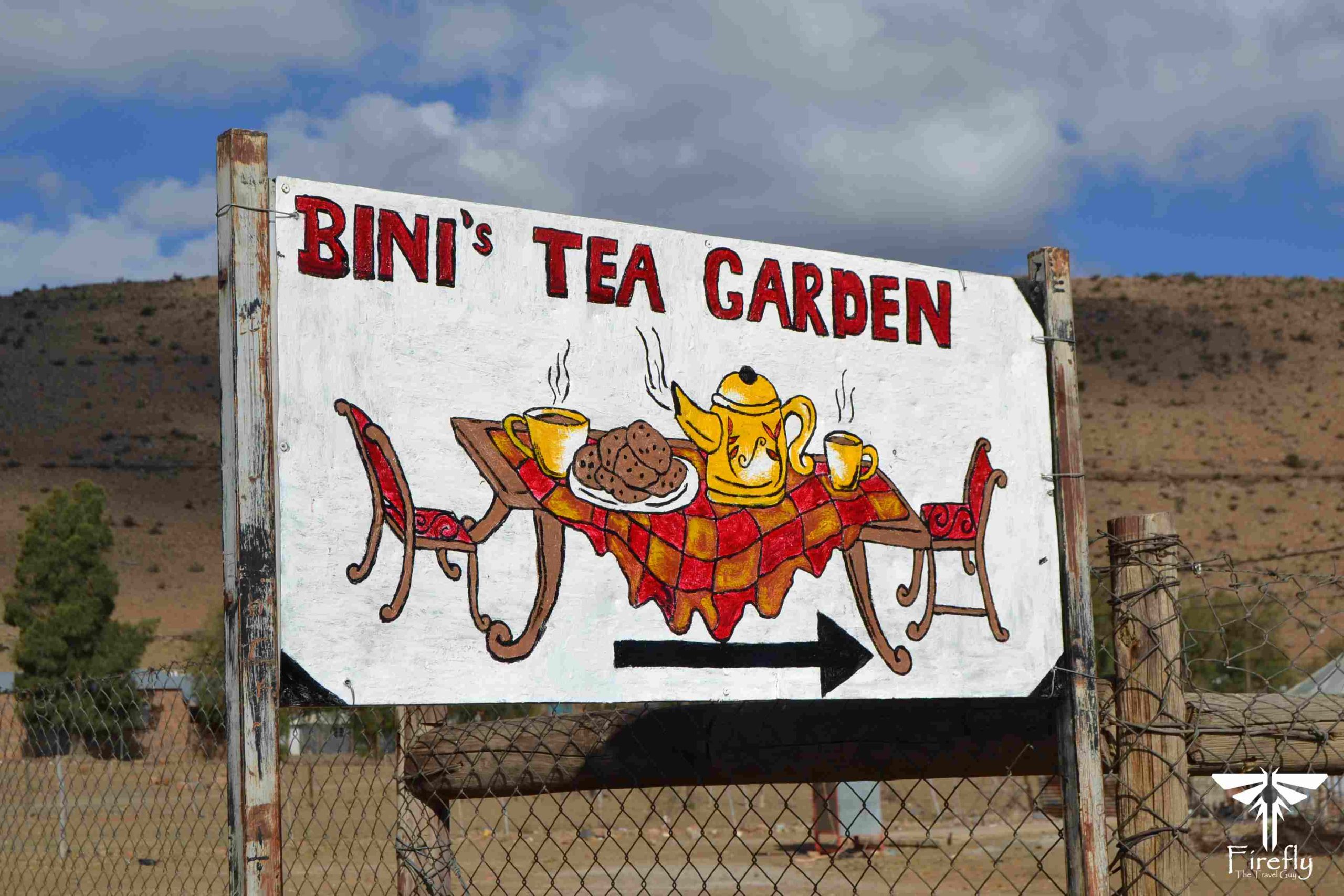 How boring is life if one never explores? How much would we miss out on if we didn’t? Nieu-Bethesda may be small but there are so many things to see and places to check out. Although I’ve been to the village a couple of times, the Damselfly hadn’t seen much of it so I loaded her in the car for a drive around on a recent visit. We drove up to the township for the view back to town and right on the edge passed a sign for Bini’s Tea Garden. We turned at the top of the hill and passed it again on our way back to town. But we got curious and another u-turn later we pulled up in front of the neat little house for a couple of surprises.

The first surprise was finding a neat little coffee shop with outside seating in the garden and under the afdak. The second surprise was finding out that this quaint little spot belonging to auntie Bini had only been open for two weeks when we were there. There are quite a few eateries in the village, but only one other I know of in the township and that is Antie Evelyn se Eetplek I have written about previously. It’s great to see somebody showing entrepreneurial spirit and opening a second.

While the Damselfly browsed through the menu I strolled around to check out the place. Bini’s is more than just a tea garden. She also sells rusks, jam, bottled beetroot and fresh eggs, fresh from the backyard. The chickens normally scratch around the yard but had been put away for the day already.

Back at the table, we ordered coffee and pancakes. It was too late in the day for breakfast, way past lunchtime and we had plans for dinner later on. But the pancakes came recommended by our waitress and seconded by Auntie Bini herself, served with cinnamon, sugar and lemon juice squeezed over the top. The coffee was proper coffee. Like in filtered in a pot with a bag. Soos op die plaas. Proper boeretroos. We definitely didn’t regret the u-turn and following our curious spirit of exploration and discovery.