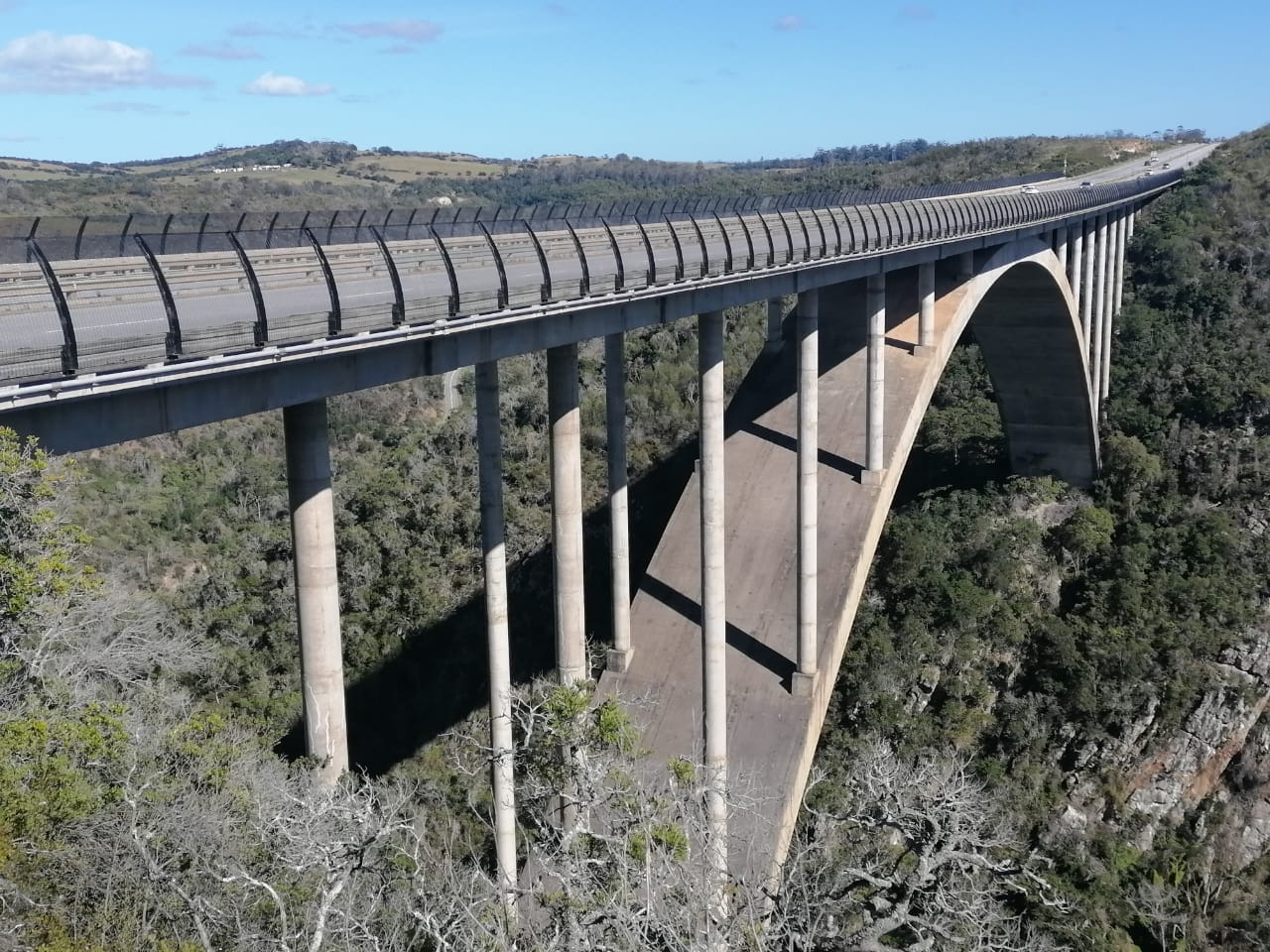 Last Saturday we went for a walk at the Van Stadens Wildflower Reserve and followed the River Walk up to the point where you walk under the Van Stadens Bridge. It truly is a sight from below, but I think I’ll keep that photo for a second post.

The bridge was completed on 12 October 1971 and stretches 198m across the gorge and is 125m at its highest point. The bridge was designed by Italian engineers and the two halves of the arch were constructed simultaneously from both sides. As one walks up next to the bridge on the northern side there is a cement block that was used as the point from where all the measurements were done.

A CCTV system was installed in 2005 with a 2,7m high steel mesh pedestrian barrier constructed on both sides of the bridge in 2013 to deter suicide jumpers. You aren’t allowed to stop on the bridge to enjoy the view, but you can view the bridge from the bottom of the Van Stadens Pass as well as from the wildflower reserve.