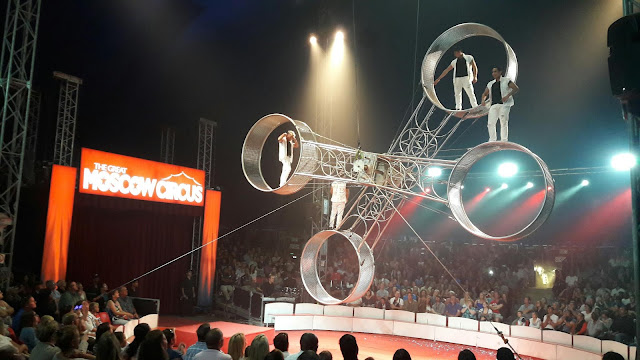 I got to attend the final performance of the Great Moscow Circus in Port Elizabeth tonight (Sunday 26 Feb) before the pack up and move on to Durban.  Wow, what a performance.  I commented earlier in the week how I felt that it is affordable to take a family to see the show and I stick to that statement, but after seeing the setup and all the equipment I realise why it is so expensive.  Just a pity that so many people would not be able to experience what we experienced last night.  I think the first thing to point out is that this is a modern circus so there are absolutely no animal acts.  Everything are done and features people and their abilities. 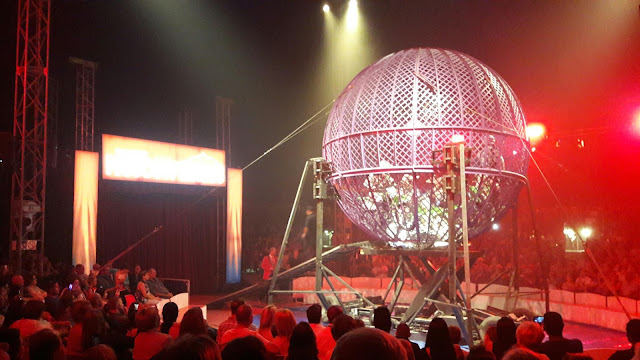 Although each and every act was exceptional in it’s own way, there were three headline acts that really stood out.  The opening act featured trampolinists who absolutely amazed with their performance.  The second was the four guys on the revolving circles (first picture) and was probably my favorite act of the night.  The closing act featured one, then two, then three, four and ultimately, for the first time in South Africa, five motorcycles in a metal globe.  A globe which then opened and had three circling in the top section and two in the bottom. 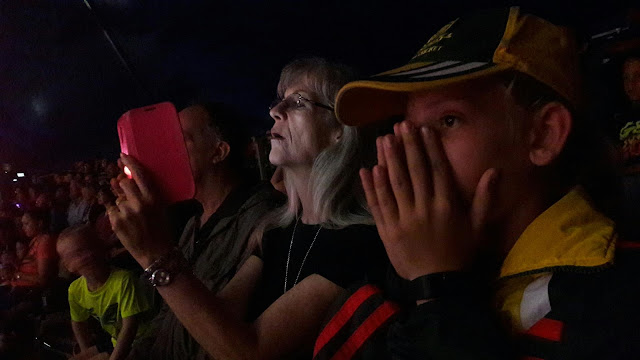 Miggie had a few anxious moments during the show… 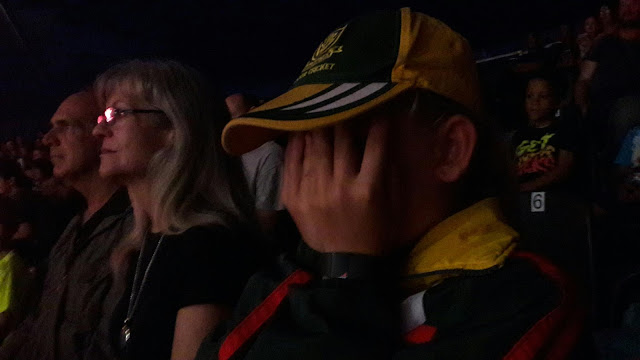 … even closing her eyes a couple of times.
A big thanks to my friend Poekie who was able to organise me tickets at the last minute.  Jy is a vriendin duisend.
Just a footnote about this and other events that come to Port Elizabeth.  It’s really a great pity that bloggers aren’t seen as “mainstream media” enough when media invites are sent out when something like this comes to town.  Newspapers and radio stations are included and get to promote the event after first hand experiencing it yet bloggers, with what is often a very good reach of their own, don’t.  I know of a few bloggers who bought tickets and went, then posted about it on their various social media platforms, but why doesn’t PR companies see them as influential enough to invite them along with traditional media as they do in Cape Town and Johannesburg?  I shared a number of photos and videos on various platforms in addition to this post, but in all essence it’s really just showing people how a good time we had as it was the last show and it wouldn’t be able to influence anybody to go and buy a ticket for a subsequent show.  Who knows, cause I don’t?  Anyway, enough of that.
Tags: events

The deadline for complaints was yesterday