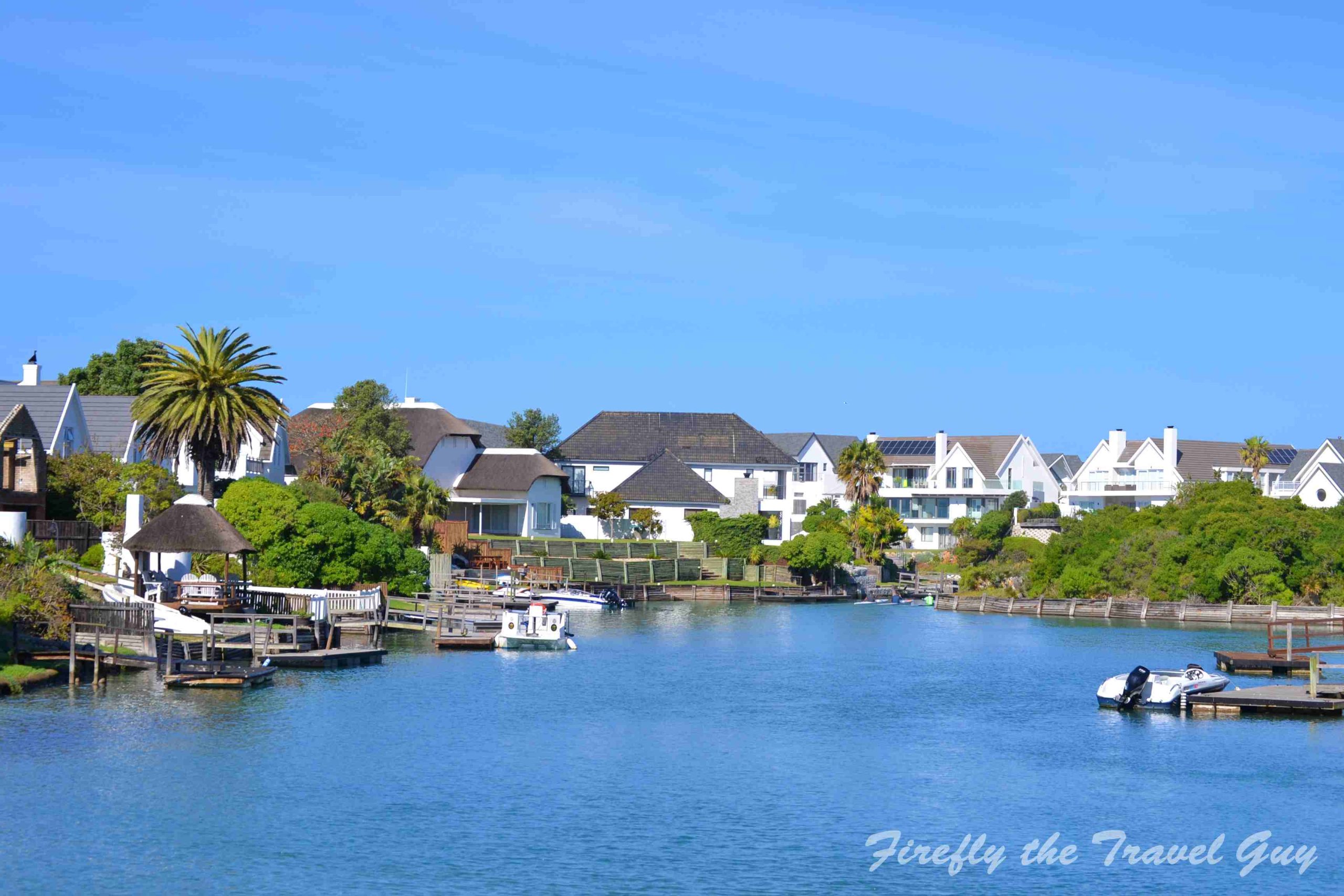 Manuel de Perestrelo, a Portuguese explorer weighed anchor in a sheltered bay in 1575. He was struck with the natural beauty of what he saw and named it Bahia de Sao Francisca after the Patron Saint of Sailors, St Francis of Assissi. As legend has it, the landward side reminded him of the beautiful cloisters of the 14th Century Gothic monastery of St Francisca, at his hometown of Santareme. Little did he know that over 400 years later a unique village of great beauty would develop right here.

In 1954 a new adventurer, Leighton Hulett, paid £1 750 for the farm Goedgeloof and moved here from KwaZulu Natal with his young family. The land was harsh and not suitable for farming so in 1958, to supplement their income, he established a rough fishing camp for visitors. As time passed several more people, mainly from Port Elizabeth and Uitenhage, bought land from Hulett and built holiday homes. After he exchanged a house and plot in the village for a further 179 hectares of swampy land alongside the Kromme River, he dredged a canal system, making St Francis the first marina in Southern Africa.

He insisted on rigid control of building designs, allowing only homes with white walls and high pitched black thatch roofs. In 1976, when the Humansdorp Divisional Council became the controlling authority, they entrenched these controls in the local bylaws, although black rooftiles are also allowed. The building codes of Santareme up the road stipulate red tiled roofs, creating a unique Mediterranean theme.

The village was placed firmly on the international surfing map when a Canadian movie maker, Bruce Brown, filmed the wave, today know as Bruce’s Beauties, in classic form. When his movie, Endless Summer was released in 1965, surfers from all over the world flocked to ride the famous wave and today St Francis, together with Jeffreys Bay, is the highlight of any African “surfari”.

These days St Francis is a prime holiday destination and one of the most beautiful coastal towns in South Africa. The best way to explore the canals is by boat, canoe or SUP, but you can drive around the road and appreciate the beauty of the area just as much.

Karoo views and landscapes along the Swaershoek Pass