Skip to content
One of my favourite monuments in Port Elizabeth is also one of the least known one’s in the city. Ask somebody where the Prester John Monument is and they will probably never have heard of it. Refer to the monument with the cross behind the City Hall and they would all have seen it. 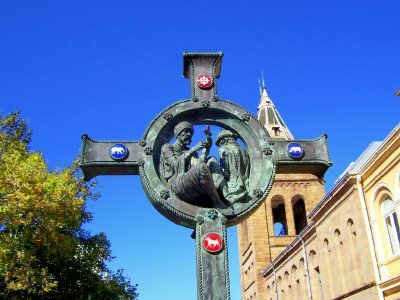 The monument is dedicated to the mythical king-priest Prester John and the Portuguese explorers who discovered South Africa. Although the Portuguese were looking for a route to the East, they were also looking for the kingdom of this legendary monarch. Over the years word have come via the overland caravans of a land with many riches and wild animals ruled by a king as rich and wise as King Solomon of the Bible. It took the Portuguese a good 500 years to map the way to the east via the Cape, which means that they searched for Prester John’s kingdom for 500 years. 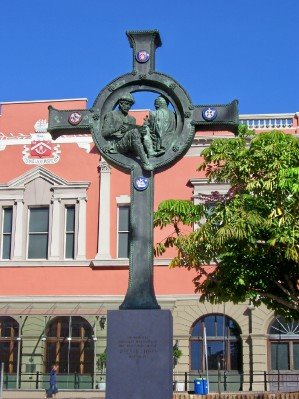 The monument is in the form of a large Coptic cross. In the centre of the cross sits the two figures of Prester John and a Portuguese explorer. Symbolic devices on the cross depicts the Portuguese royal coat-of-arms, a Portuguese sailing ship, navigational sailing instruments of the time, the Coptic cross motif itself, the Lions of Judah and the elephants and rhinos representing the fabulous kingdom itself. A local philanthropist paid for the monument which was unveiled by the Portuguese Ambassador to South Africa in 1986. It is believed to be the only monument in the world depicting Prester John. 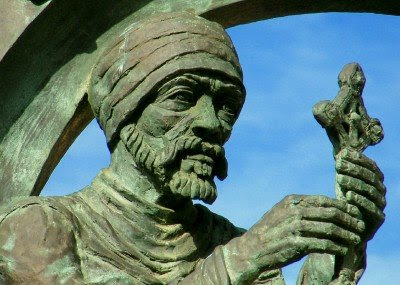 This last picture was inspired by Max and Sue at Port Elizabeth Daily Photo who had a similar one on their blog’s sidebar for a while. I liked it so much that I had to go and take one for myself.
Tags: Eastern Cape, monuments, PE Monuments, port elizabeth

Lunch time at This is Eat