Skip to content
When you think of traditional South African foods, a couple seems to put up their hands. But the two that must be right up there in the top three or four must be braaivleis (barbecued meat) and potjiekos (stew made in a cast iron pot on the coals as well). Now I’m not the world’s best cook, not by a long shot. My ranking would probably be somewhere in the top 500 million, but I would be able to help myself if my life depended on it. While on our holiday camping trip, I decided to make potjie for Christmas lunch. 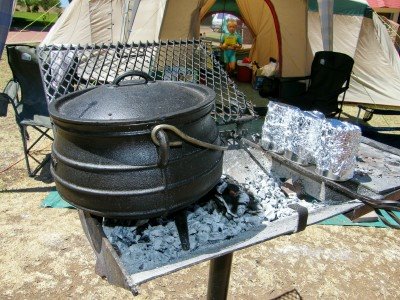 This is how I did it. There are hundreds of different recipes and ways of doing it. This is mine. 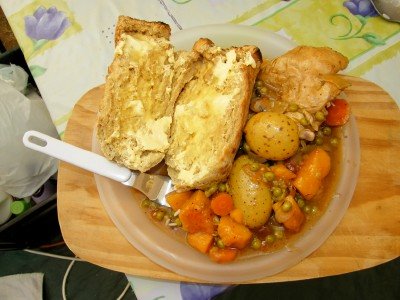 Here is the end product. Don’t criticise the presentation. It wasn’t a food fancy dress party. It was just supposed to get our tummies full. The bread is beer bread. One 500mg self raising flour and a tin of beer. Mix well and stuff in three standard tins. Cover with foil and bake on the coals. The tins can be see in the first picture on the right hand side. 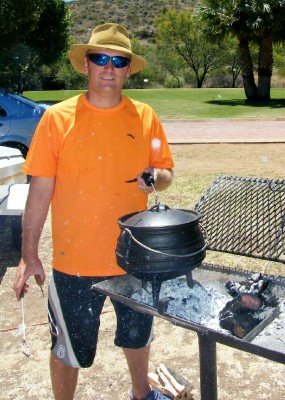 The Damselfly couldn’t resist (ok, so I had to ask her) taking a picture of me with my new springbok horn pot opener in hand. I’m not really a hat guy, but the temperature came close to 40C (104F) that whole week and my receding hair is leaving my forehead a little exposed.
So that is the end of today’s cooking lesson. LOL. Next time I’ll do one on a braai (barbecue).
Tags: culture, food, self portrait