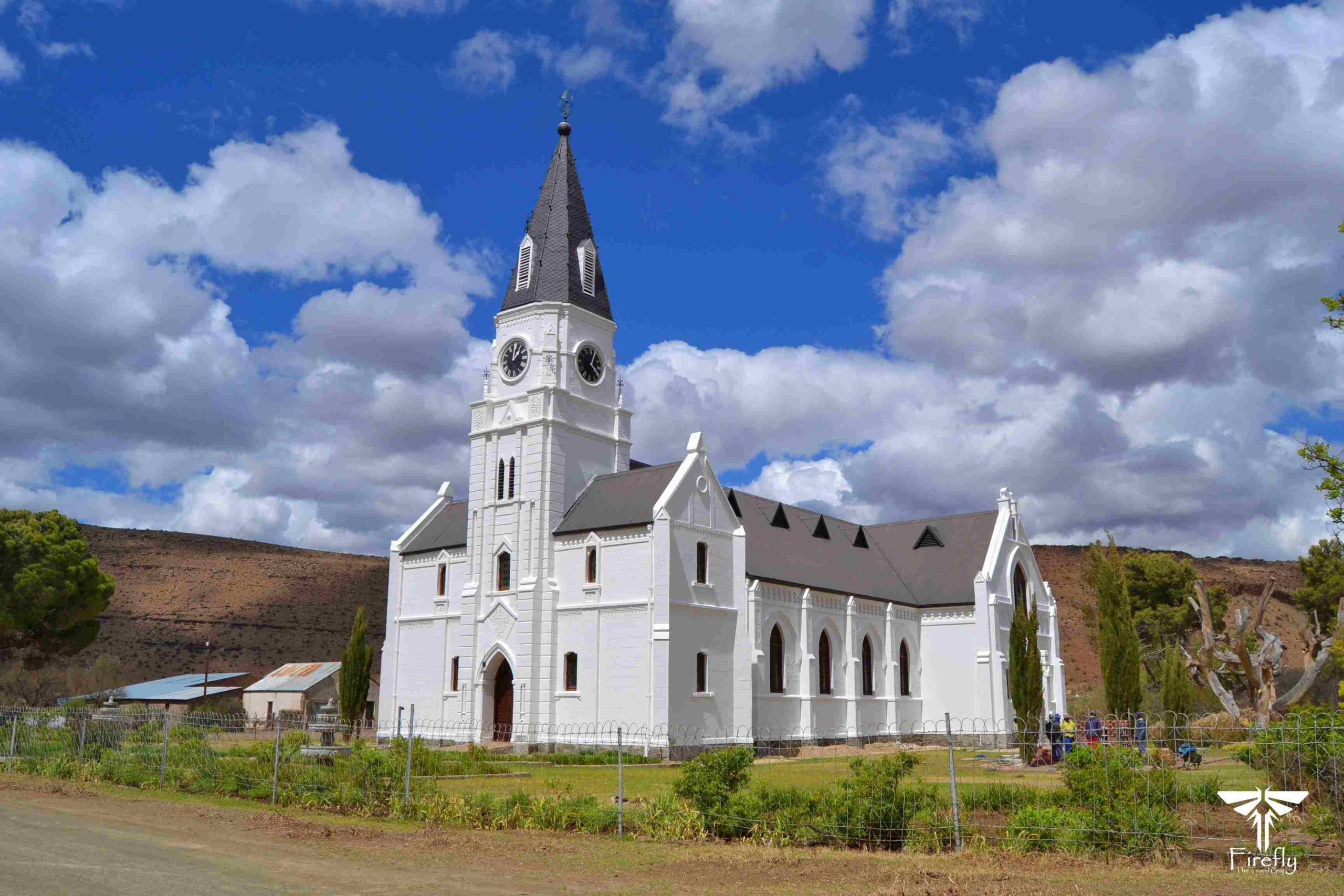 Whenever I visit Nieu-Bethesda I just seem to be attracted to the historic Dutch Reformed Church (Nederduits Gereformeerde Kerk or NG Kerk). There is just something to this beautiful building in this tiny village that has me going back to it time and time again. Also, the fact that there are so many different angles to look at it and then add to it the time of day and different weather conditions. I did a post on the church last year (Nieu-Bethesda’s historic Dutch Reformed Church – May 2021) so I’m not going to go into the whole history story of it again. Maybe just a few relevant points.

In 1875, a commission appointed by the Graaff-Reinet Dutch Reformed Church, purchased a portion of the farm, Uitkyk in what is today Nieu-Bethesda and plots were sold off to interested parties. The Dutch Reformed congregation was established in 1878 and services were initially held in the house of Mr B.J. Pienaar. Later his old wagon house was converted into a church and then into the church hall. The current imposing church building was consecrated in 1905 and as can be seen in the historic picture, wasn’t originally white.

There had not been a permanent minister since 1961, but on most Sunday mornings a service is held by a minister from Graaff-Reinet. Even though the congregation is very small, the church is looked after and kept neat and maintained.

The church clock still chimes accurately on the hour and the church is lit with flood lights at night, giving it another photographic dimention.

The church has seating for 700 souls and there is some fine wooden carving on the old church pews. The original chandeliers are quite unique with the antiquated carbide gas generator for the gas lighting pre-dating the arrival of electricity in the village. Unfortunately it is no longer operational. Once a year though, early in December, an evening Christmas service is held with conventional gas used to light the lamps. The church is open every Sunday morning for the service, but can also be viewed by arrangement.

As we were spending some time in the village over a weekend, we took a walk to the church once the service was over to have a peek inside. Right by the front door as you enter the church is a table with an open bible and on top of it is the huge church key. Yet another impressive thing that is part of Nieu-Bethesda’s history.

Aloes in the Karoo