Skip to content
At both the places we camped at over Christmas and New Year we got to see bats. Not tons of bats, but a few flying up and down around about dawn. Whenever they banked low over our heads the Damselfly would give a shriek. Its so girly of her. LOL. 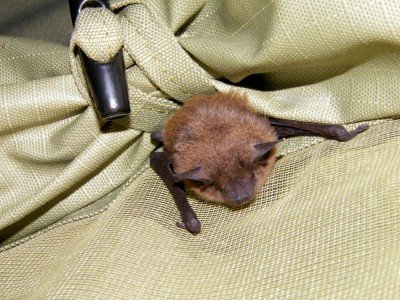 On our last night a baby bat flew past us and landed on the side of the tent two spots down from us. We watched him (or her) back its way halfway under the flap and made itself comfortable. It wasn’t bothered at all when the curious dude with the camera came to poke his lens right up to it AND used the flash. So here he is. Batman’s little cousin. 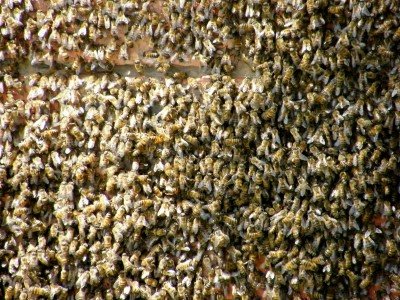 A couple of days after we got home we found that a swarm of bees were moving into our front wall. The bee guy said that a swarm like this can have about 60 000 bees in it, so I didn’t venture too close. Just close enough to get this pic. They have now been removed (I won’t go into the whole complicated method they used) and is happily plying their trade on a farm outside the city.
Tags: animals, insects

A quick hike at Van Stadens