On my day of sightseeing in Sao Paulo I stumbled on Ibirapuera Park. At 345 acres (140 ha) or 0.6 sq mi (1.6 km2), Sao Paulo’s biggest city park can be compared with Central Park in New York. The park contains two large lakes and paths criss cross throughout. The paths are devided into a walking section and a section for bicycles and is used by hundreds of people every day. There are several monuments, museums and galleries in the park as well as a plant nursery. 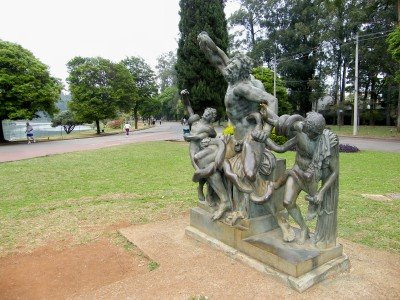 Some of the monuments in the park are historic monuments (as below), while others as the one above are newer “art” statues. 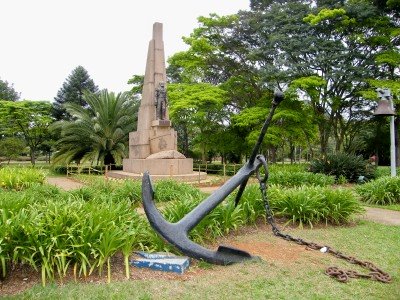 There are also huge play areas for the family to hang out in. Unfortunately it was a week day so there were no kids to get a different perspective on the equipment. 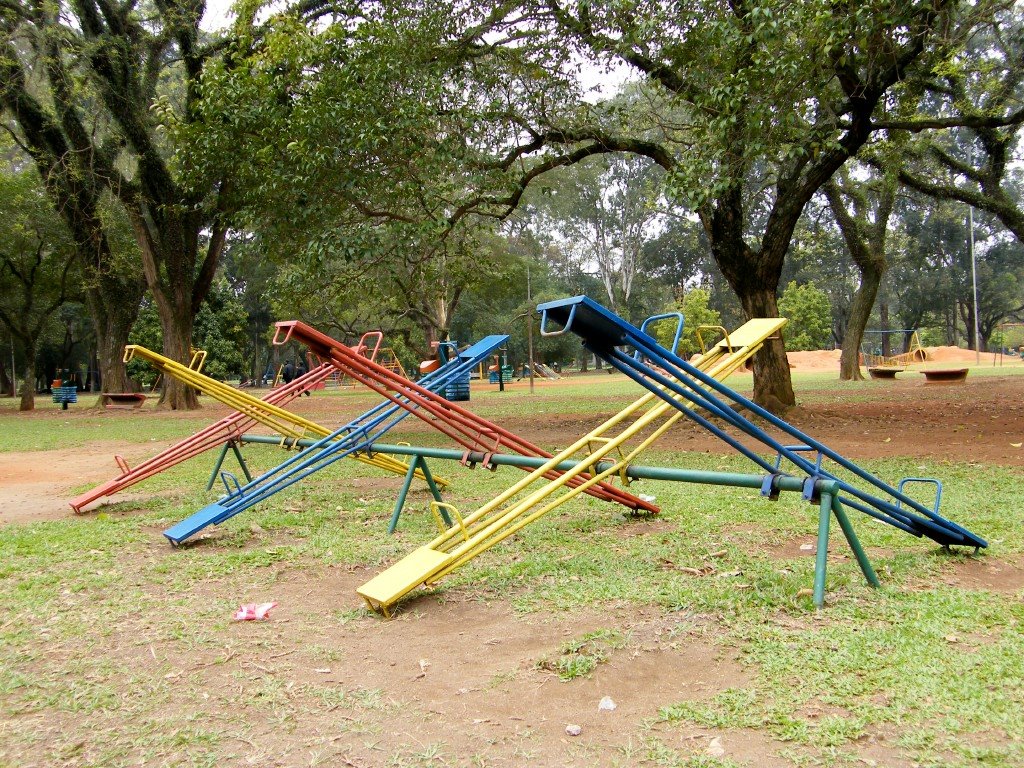