After my first British Settlers post Ann had a couple of questions which I will hopefully answer today. The British public was invited to apply to come down to the Cape Colony. Because of the hard times back in England, nearly 100 000 people showed interest out of which 4 500 were selected. The Settlers came in parties and each party was allocated a farm. For this and the seed and implements they had to pay a deposit.

Most of the Settlers came from towns and cities and had very little knowledge of farming. This coupled with bad soil, harsh weather, thick bush, wild animals and the indigenous black people (the Xhosa) meant that the cards were stacked against the Settlers. To make matters worse, part of their contract stated that they had to stay on the farms for two years before they were allowed to leave the farms and move into towns. The Xhosa saw the fact that a big number of white people were moving onto their land as a hostile sign and kept on raiding farms and attacking settlements. The area saw 9 major frontier wars over a period of about 100 odd years. After two years a lot of the Settlers started moving into towns like Port Elizabeth, Grahamstown and Bathurst. Here they went back to doing the work they did back in England and became a lot more successful. The farmers left behind now also had more land for farming and thus also started to make more of a success of the farming practises. 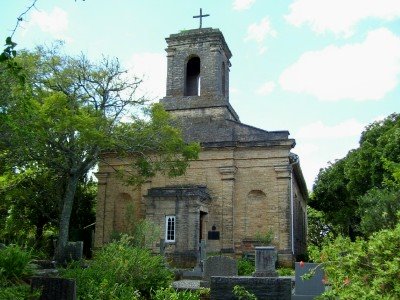 In the village of Bathurst you will find the oldest unaltered Anglican church in South Africa. Built in 1834, St Johns were built not just as a church, but also a a fortification. The walls were built very thick and the windows werer nothing more than narrow slits that could be used to shoot out of. The Anglican church was linked to the Methodist church via a trench to make movement between the churches possible during attacks. 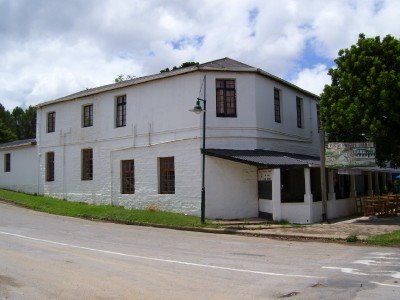 One of the other significant buildings in Bathurst is the Pig and Whistle, the oldest licenced pub in South Africa. Also dating back to the 1830’s, it was known as Widow Hartley’s untill the Second World War. In nearby Port Alfred the Royal Airforce was based at 43 Air School and the pilots used the pub as their local hangout. They called the pub the Pig and Whistle, a name that stuck. The pub is still a very traditional pub while the inn is still open to passersby wanting to overnight.

Penguins on a diving board