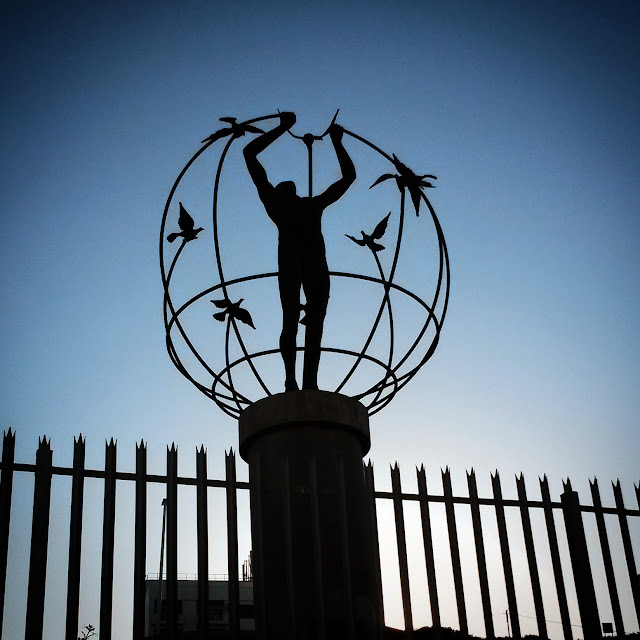 The East London beachfront has a very interesting looking statue which had me scratching my head when I saw it for the first time.  Multicultural Man is a bronze sculpture created by Italian artist Francesco Perilli.  It depicts a faceless man in the middle of the earth who is trying to unite two meridians, while the other meridians are lifted by doves, the universal symbols of peace. The bronze man himself is three meters high and has been designed to represent no particular cultural, ethnic or religious background.  There are five Multicultural Man bronze sculptures located on five different continents of the world.
These locations include:
Tags: East London, Eastern Cape, Instagram, monuments

Drama Princess and the Donkey

Done footage of Dolphins on the PE beachfront