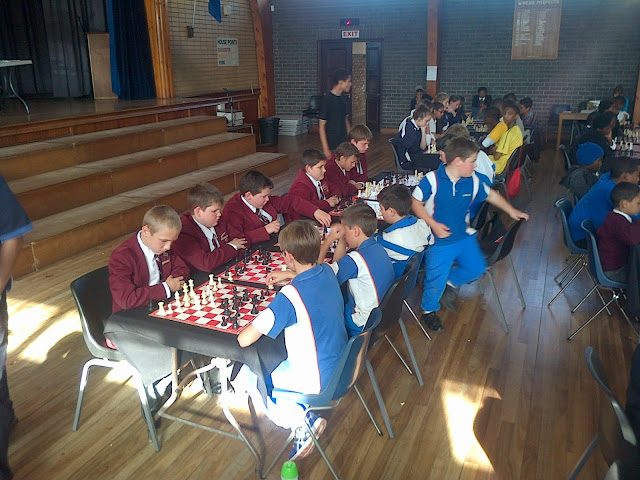 I realized this afternoon that I never uploaded a picture last night for today’s post and that I have a meeting at school tonight so the rest of the evening then quickly gets filled up.  So I scratched around on my phone and found this picture I took a couple of weeks at a chess tournament that Chaos Boy took part in.  Unlike Drama Princess who is very sporty, Chaos Boy likes to rather play chess.  Very unusual for somebody with such a busy mind like his.  Usually they play individually in the tournaments, but this specific one was a team tournament with schools competing against each other.  Newton Park Primary (in the maroon blazers) with Chaos Boy at the end of the table on the left, played against Lorrain Primary in the final game, unfortunately conceding defeat.
Tags: schools, sport

The history of St. Augustine’s Cathedral