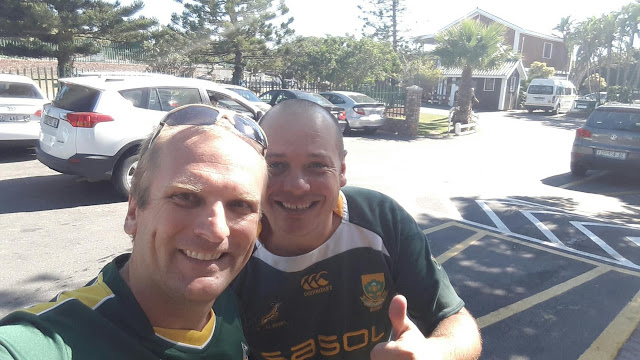 A couple of weeks ago I participated in the annual SAACI Amazing Race along with my friend Stefan of Fish River Sun.  These Amazing Race type fundraisers is a great way to explore the city and take participants to places they’ve never been to or haven’t been to for a while.  It does also bring out a very competitive streak in people and once the race gets going the adrenaline literally pumps the whole time.
Selfies made up a big part of the race requirements and the first picture was taken at the first stop at Pine Lodge when were were still fresh and bright eyed and bushy tailed.  I’m only posting some of the selfies taken at recognisable locations. 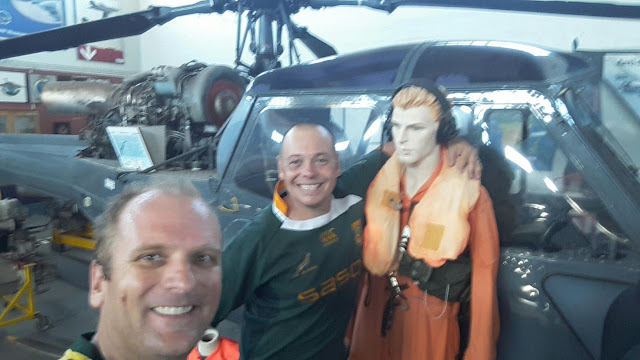 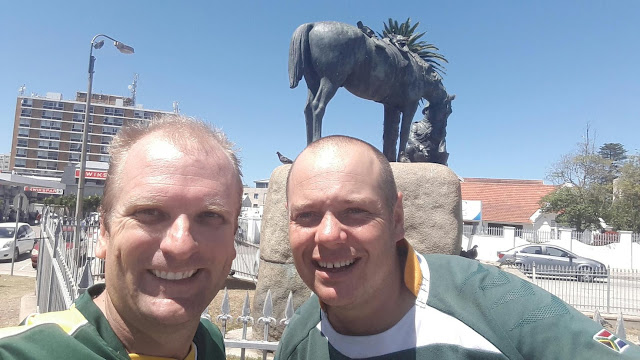 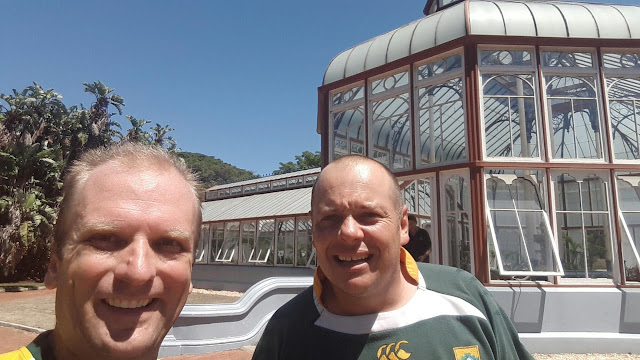 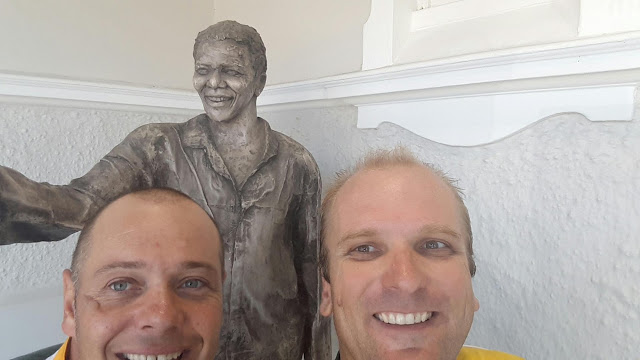 Mandela at the Athenaeum building 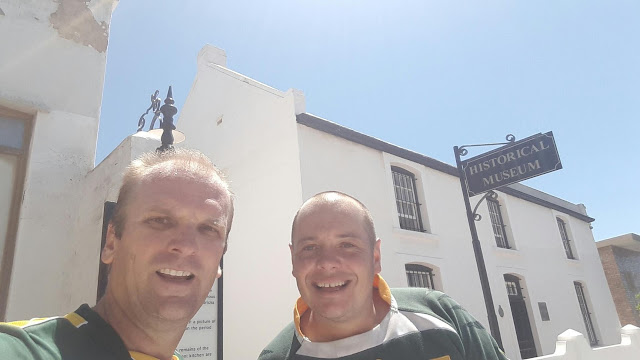 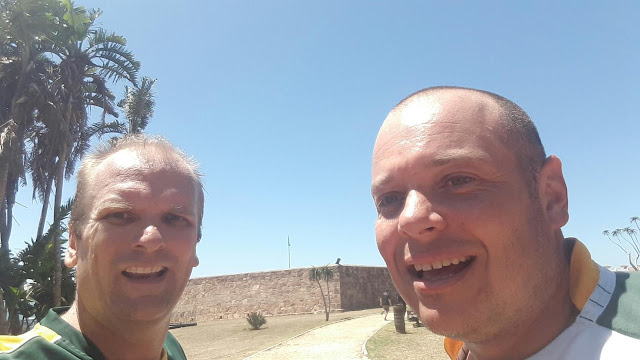 Sucking in lungs full of air after another dash for answers at Fort Frederick.
After starting in about 8th or 9th after the first task we maintained a position varying between 4th and 6th most of the way before jumping into second spot at the second last Road Block.  A position we retained to the end.
Tags: events

Sardinia Bay from the air video