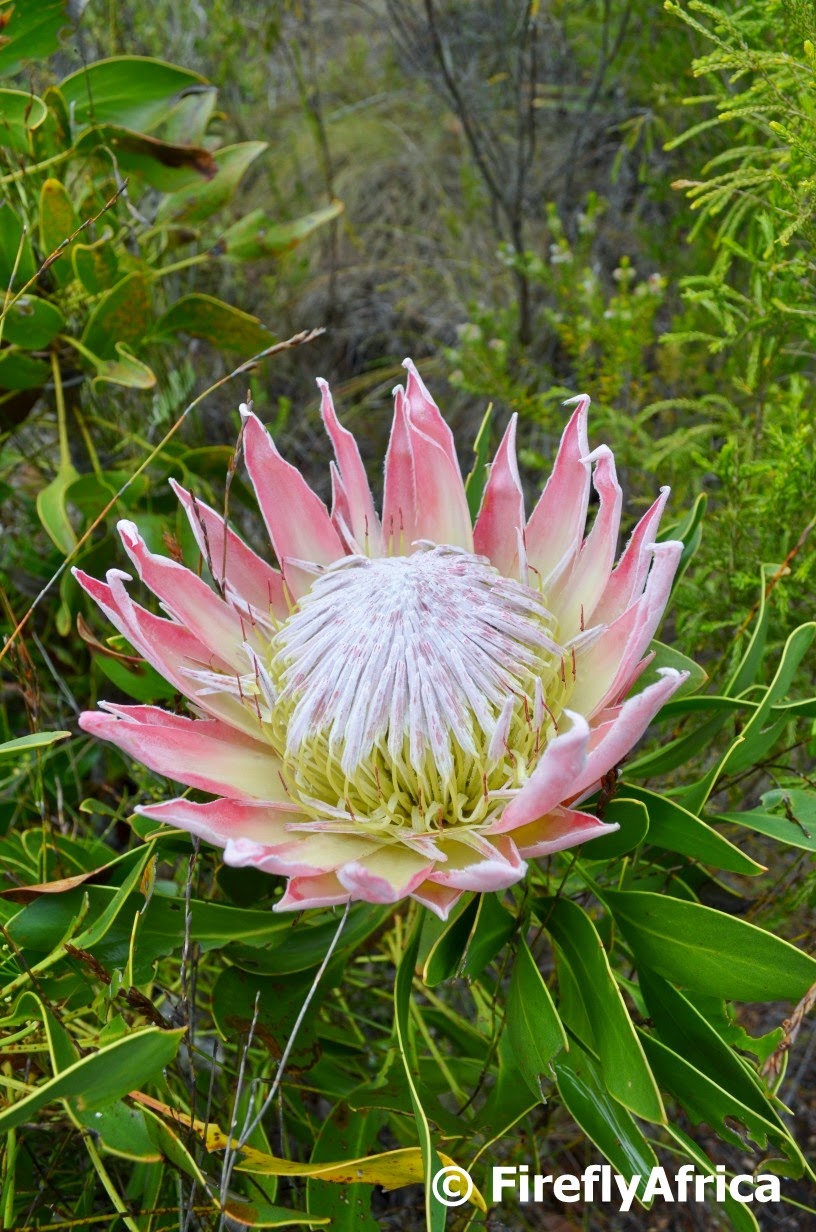 South Africa’s national flower is the King Protea.  The King Protea (Protea cynaroides) is the biggest flowering protea specie and forms part of the Cape Floral Kingdom (Fynbos). Protea cynaroides is a species of protea in the huge family Proteaceae which comprises about 80 genera with about 1600 species.  The name of the plant family Proteaceae as well as the genus Protea, both to which Protea cynaroides belongs to, derive from the name of the Greek god Proteus, a deity that was able to change between many forms. This is an appropriate image, seeing as both the family and the genus are known for their astonishing variety and diversity of flowers and leaves. The King Protea grows in a harsh environment with dry, hot summers and wet, cold winters.  Several adaptions include tough, leathery leaves, which helps to prevent excessive loss of moisture, and a large taproot which penetrates deep into the soil to reach underground moisture.  Like many other proteas the King Protea is adapted to an environment in which bushfires are essential for reproduction and regeneration.  The King Protea is also the symbol of South Africa’s national cricket team.
Tags: flowers, fynbos, national symbols