As visitors approach the town of Hankey in the Gamtoos Valley from the east, they have to pass Vergaderingskop before entering town.  This little koppie is the final resting place of Saartjie Baartman and worth a stop even if its just to enjoy a view of the surrounding valley. 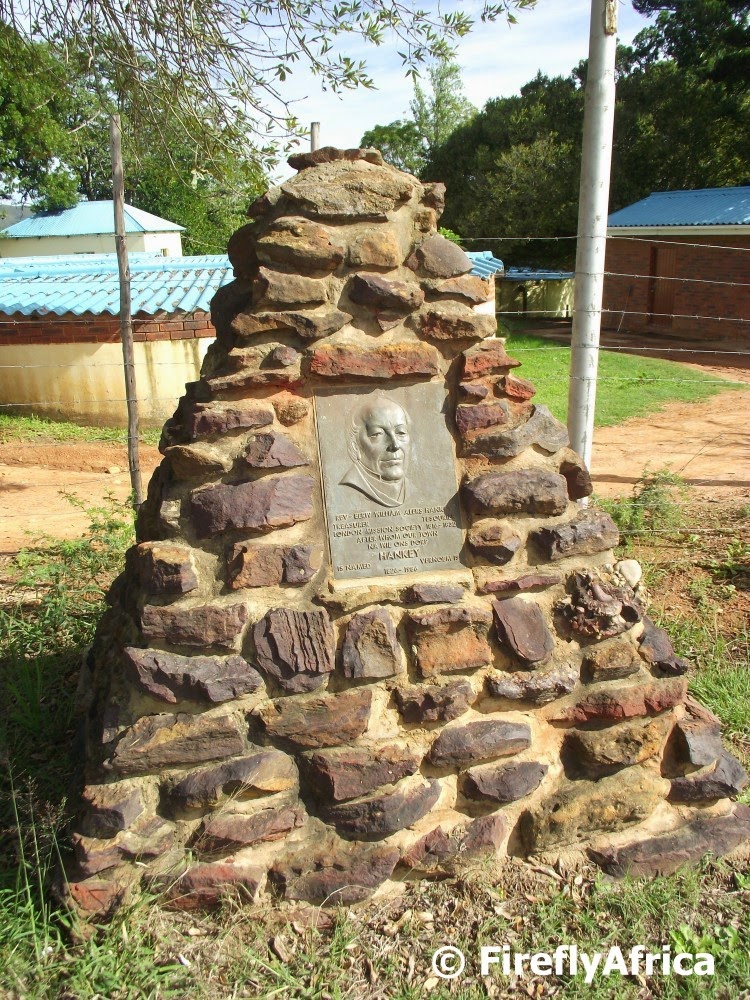 The town of Hankey was established in 1826 (four years after the founding of the mission station in 1822 under the guidence of Dr John Philip ) and is the Gamtoos Valley’s oldest town.  It was named after the Rev. William Alers Hankey who was the secretary of the London Missionary Society (LMS).  The purpose of the establishment of the village was to grow mielies and corn for the LMS main station at Bethelsdorp and also to carry out evangelistic work.  The town started with 25 families but was planned for 250 families.  The then inhabitants of the valley consisted of a large number of Khoi, a few Mfengos, a few (mostly Dutch) farmers and mixed “Gamtouer” descendants.
The first irrigation scheme on the Klein River was started by James Wait in 1827 and completed in 1830.  It extended for 3.5 miles and he was awarded 50 cattle and the use of 50 workers.  Part of this irrigation scheme can still be seen today and forms part of the Hankey Golf Course.
The second irrigation scheme on the Gamtoos River, a provincial heritage site in Hankey today, was carried out by William Enowy Philip, the son of John Philip.  His inspiration was the window in the hill between Backhousehoek and Vensterhoek and was dug using pick and shovel and wheelbarrows. The length of the tunnel is 228 meters and the speed of construction was very slow – about 1 to 2 feet a day. It was started in April 1843 and completed in August 1844 – 15 months later and was in use from April 1845 to 1970 – a period of 125 years.  This was the first ever tunnel scheme in South Africa.  William Philip drowned on 1 June 1845 in the Gamtoos River where the present low water bridge to Milton stands and not as is usually believed, on the opening day of the tunnel.  He and his niece, also a Philip drowned together when their small boat overturned at the Milton drift.
Tags: Gamtoos Valley, panorama, small town